Mahashivaratri – A most auspicious day for yoga lovers 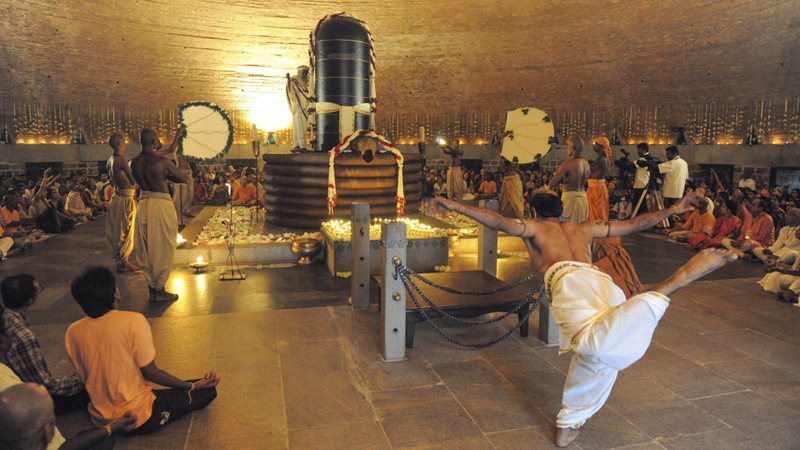 Mahashivaratri – A most auspicious day for yoga lovers

Namaste Yoga Lovers! The night today is celebrated as Mahashivarari. On this night the planetary positions in the northern hemisphere are such that there is a natural upsurge of energies. This is describe as the night when Lord Shiva for the first time shared the secrets of Yoga to his wife by teaching 84 Asanas of Yoga which belong to the Vedic Parampara. This is the night of their union, Shiva and Parvati started the dance of mystic love. It is described as “ujyate anena iti yogah” which means One that joins is yoga.

If one just stays awake and keeps one’s spine erect throughout the night, it naturally pushes a person towards his spiritual peak.So, you read what Mythology has to say about Yoga? In short, it is described as a cosmic energy which has supernatural powers to make a person attain the spiritual peak. Let’s discover these amazing powers and make the world a much better place to live in.

There is a beautiful story behind this.

Lord Shiva is considered the Adi Yogi that is the father and founder of Yoga.
Lord Shiva is always seen meditating in the silence of the mountains of Kailash and sitting in a padmasana posture.
His meditating and yogic energies are so high that he controls the entire functioning of the universe in his subconscious mind.

Shastras say that Lord Shiva first imparted his knowledge on Yoga and meditation to his wife Parvati. It is only after this that the cosmic joining of Lord Shiva and Goddess Parvati happened.
These 84 Asanas have the power to give the person the best of the Rajyoga. Now, what Rajyoga is? Basically, these Yogic positions eradicate the doshas in a person’s life and confer their most auspicious results. This enables the person to remain healthy, wealthy, happy and successful.
The eternal love Shiva had for Parvati was so strong that he never wanted to share these Yogic secrets with anyone else except her.
However, Goddess Parvati being the symbol of care and affection could not take the sufferings of the people and wanted to share this miraculous secret with them. She believed that the introduction of Vedic Yoga in a proper manner will rectify many miseries of the world. With her loving approach Parvati persuaded the God for the same.

According to the yogic lore, over fifteen thousand years ago, Shiva attained to his full enlightenment and abandoned himself in an intense ecstatic dance upon the Himalayas.  People saw that he was experiencing something that nobody had known before. Interest developed and people came wanting to know what this was. They came, they waited and they left because the man was oblivious to their presence. He was either in intense dance or absolute stillness, completely uncaring of what was happening around him. Soon, everyone left…Except for seven men.
These seven people were insistent that they must learn what this man had in him, but Shiva ignored them. They pleaded and begged him, “Please, we want to know what you know.” Shiva dismissed them and said, “You fools. The way you are, you are not going to know in a million years. There is a tremendous amount of preparation needed for this. This is not entertainment.”

So those seven people started preparing. Day after day, week after week, month after month, year after year, they prepared. Shiva just chose to ignore them. But on a full moon day, after many years of preparation, when the solstice had shifted from the summer solstice to the winter solstice – which in this tradition is known as Dakshinayana – the Adiyogi looked at these seven people and saw that they had become shining receptacles of knowing. They were absolutely ripe to receive. He could not ignore them anymore. They grabbed his attention.
The Adiyogi transformed himself into the “Adi Guru” or the “first guru.” The first Guru was born on that day which is today known as Guru Pournami. On the banks of Kanti Sarovar, a lake that lies a few kilometers above Kedarnath in the Himalayas, Shiva turned South to shed his grace upon the human race, and the transmission of the yogic science to these seven people began.

Lord Shiva himself took the initiative and made the Rishis attain 18 Siddhas. These 18 siddhas imparted the divine knowledge to us.
The Saptarishis were sent in seven different directions to different parts of the world to carry this dimension with which a human being can evolve beyond his present limitations and compulsions. They became the limbs of Adiyogi.

The yogic science is not about a yoga class that you go through about how to bend your body or hold your breath – which every unborn infant knows. This is the science of understanding the mechanics of the entire human system.